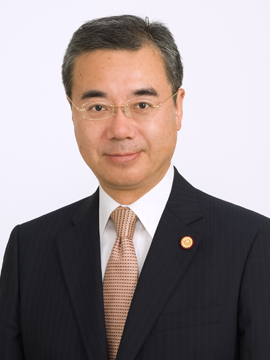 Konishi was born in Aichi-Prefecture and graduated from Aichi-located schools and university as well. Nagoya is a home-town. He loves peoples, cultures, histories, natures in the hometown and industries both.

Konishi established his background as a chemist through educating in Nagoya University where he learned all basics of chemical engineering, especially catalytic chemistry (graduated in 1982). Konishi also graduated electrical department of Tokyo university of Science in 1992. A different field of technical backgrounds of Konishi diversifies his professional services as a patent attorney.

Konishi was used to be a start-up members of Chubu-TLO, it is an organization of technology licensing for universities in or around Nagoya area. In Chubu-TLO, he built up rules or regulations for technology transfer from universities to industries. He also did the invention mining, searching prior arts, claim drafting and so on in Chubu-TLO, as well as bridging academia and business sector. He also supported medical department of universities.

Konishi, therefore, can give consistent services to the client in technically and any developing stage of invention.

Konishi started his carrier in IP at Iida Patent Firm in Nagoya. His mentor Akio Iida is now a professor at Law Department and a Vice-President of Kokushikan University. After dedication in Iida Firm, he experienced a lot of practices at Asamura in Tokyo, one of the oldest patent law firm in Japan.

He established his own patent law firm as Konishi & Co. in 1996 by himself and his business did well as encountering an initial business for Blue light LED. His business developed and merged with Tom, Nakamura and named “Konishi and Nakamura” in 2001.

He is serving regular lectures of IP in Nagoya City University since 2013. He is appointed as Of-Council at the Nagoya Branch at the Customs since 2015. As a voice of the private practitioners, he is a Board Member of IP Strategic Committee at the Aichi Government.